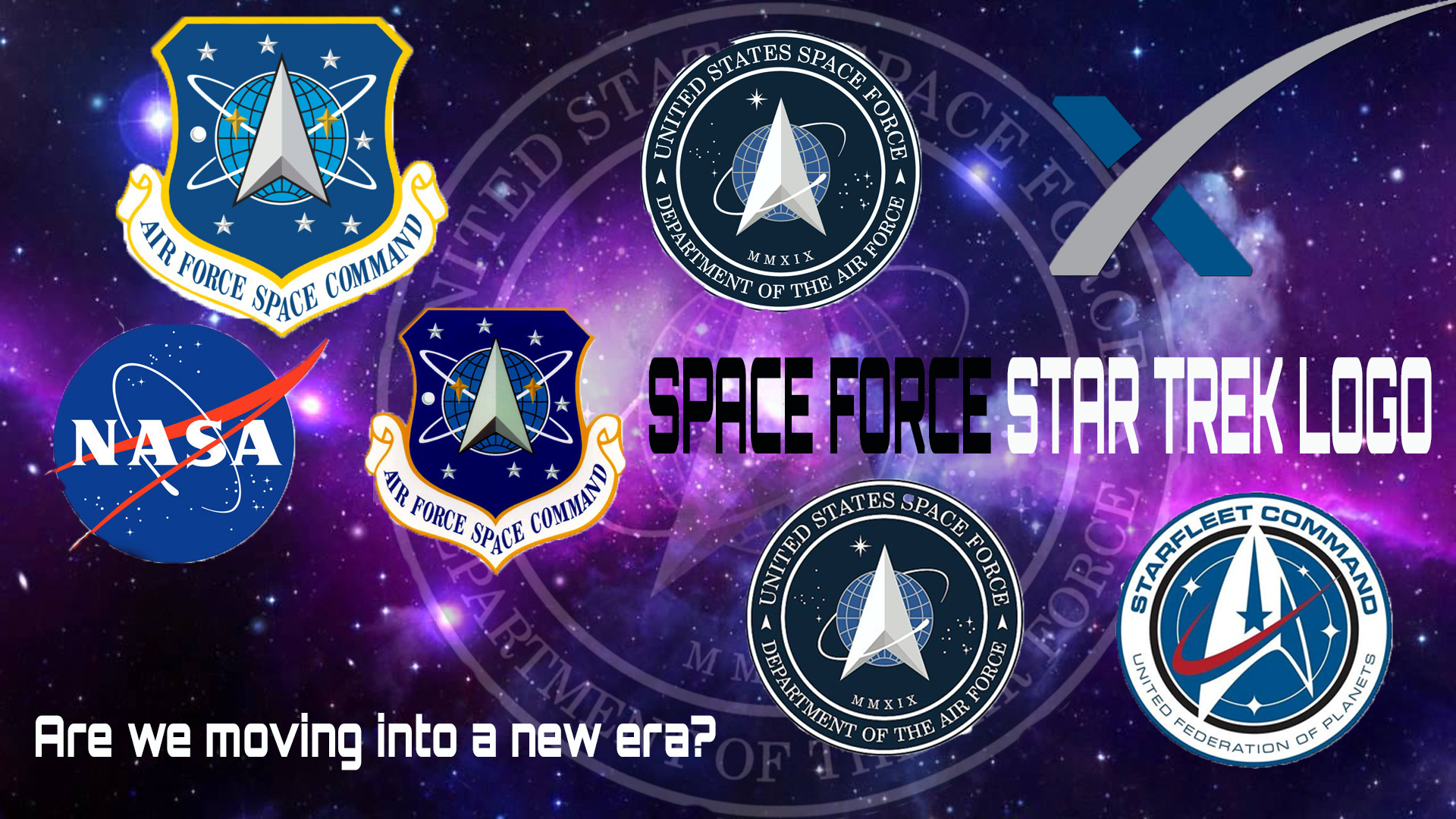 Hi everyone, The Star Trek Logo is known by millions and so to now is the Space force logo which seems to mirror star trek insignia perfectly…

So here we are with the latest episode:

I am sure you have all heard President Trump has revealed the Space Force Logo which looks a lot like Space Force may have had its logo taken directly from star treks logo But we will go into that a little later.

But yes you must all know I am a fan of Gene Roddenberry’s legacy Start Trek and the vision it held for humanity. But are we moving closer or further from that vision?

Now although this may seem to have no historical significance, you might want to take a look at Star Trek and Space Force logo and of course let us not forget the slightly different version unveiled last month by Donald Trump for Air Force Space Command, which as I understand it is the parent company…Oh sorry I meant the governing authority over the Space force…not start Trek.

I do wonder if he wants to run for president of the federation in Star Trek at some point in the future, but I guess we will just have to keep watching the Simpsons to find that out…

Does the Space Force Logo have other connections other than the Star Trek logo?

See you on the other side…