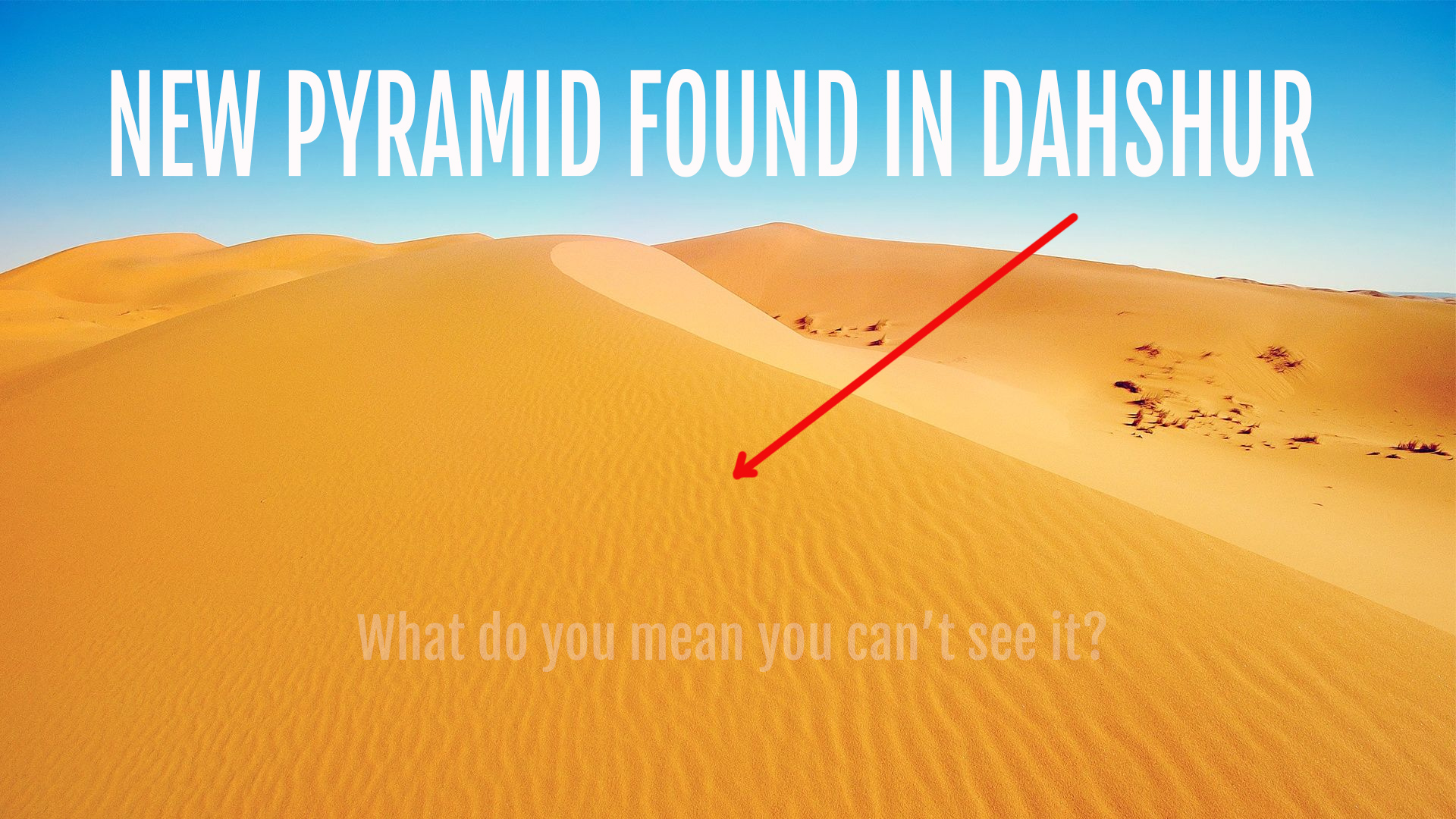 A Pyramid Discovered in Egypt Dahshur Necropolis in Dahshur has uncovered something strange:

A pyramid discovered at the base of a local quarry.

Archaeologists find some steps leading to, well nothing really.

This new pyramid discovered at the Dahshur Necropolis is the most amazing discovery in the whole of Egyptian history!

Because of it being invisible!!!

Yes, that is correct, the only Pyramid that has done a disappearing act and a tomb seal with a 4,000-year-old towel..truly a ground-breaking discovery.

And if I keep using the keywords in the title like a newly discovered Pyramid at the Dahshur Necropolis it might rank a little in searches but in all honesty, it will probably get buried deeper than this discovery for 1,000 of years.